Following World War I, many soldiers returned home with injuries that could not be seen. Amnesia, paralysis, inability to communicate, tics and sleeplessness were called war neuroses or hysteria. For too many soldiers, who went to war labelled as heroes, their return left them labelled as weak. World War II brought the term shell-shock. Unfortunately, empathy and compassion was still rare for these brave and traumatized men. Fortunately, the work of clinicians like Abram Kardiner, author of “The Tragic Neuroses of War” began to consider these symptoms as psychological injury rather than flaws of the men’s character.

Then came Vietnam. In summer of 1967 a small march took place in New York. Veterans began to advocate for themselves to redefine “post Vietnam syndrome” not as a weakness but as a normal response to the experiences of atrocity. This campaign helped to put what is known as PTSD into the Diagnostic and Statistical Manual of Mental Disorders III (DSM). This manual, though now at its 5th revision, is the defining resource for psychiatrists and mental health clinicians. Today, we use the terms combat trauma or PTSD and they are commonly accepted (though more advocacy and education is needed.)

The injuries are organically real. The term psychology is defined as the scientific study of the human mind and it’s functions, particularly as it relates to behavior. So what is happening in the brain? What are the psychological injuries that occur? It was found that veterans with PTSD had deterioration in important brain structures including the hippocampus, which is an important component in the “limbic system” in humans and is responsible for memory, learning and emotions. One of the known contributing factors to the deterioration is cortisol. Cortisol is a stress hormone emitted in low levels among healthy individuals. However, during intense stress, cortisol and adrenaline flood the human brain and body, giving enhanced capacity for the survival tactics of fight, flight, or freeze. While this is necessary for survival and it aids in every day life

(the sudden rush of adrenaline when you see a deer and you slam the brakes before it even registers in your conscious thought that it was a deer,)

for individuals who experience ongoing stress, it actually becomes a threat to survival. This is because elevated levels of cortisol is linked to deterioration in sensitive regions of the brain, such as the limbic system. These neurological changes have the ability to significantly affect behavior across many domains.

So, what happens when it is an infant, child, or adolescent that is experiencing the high levels of cortisol? Quite a lot actually. Unlike an adult brain that experiences deterioration, the child’s brain fails to develop to begin with. Without a fully developed brain that is functioning efficiently, multiple systems are impacted. 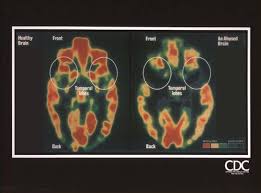 Genes are a basic component of biology. They are decided in the womb. But, they’re not set for life. Epigenetics (the study of how environment and experiences alters genes) has shown that a person may be born with the genetic capacity to grow tall, thin, and a confident extrovert. But being undernourished and abused as a child will likely lead to that child becoming a short, obese, and fearful adult. Studies are also showing that early life trauma brings genetic alterations leading to mental health, obesity, drug addiction, immune function, metabolic disease, and heart disease.

Now let’s talk about what to do? Beyond the obvious of prevent or at least reduce the opportunity for having any of the risk factors, is there hope? YES! There is HOPE!

The human brain has the amazing ability to reorganize itself by forming new connections between brain cells, throughout the entire lifespan. This is called brain plasticity. How do we harness that ability? TBRI is one of the proven methods to care for a child who faced all of those threats to their development and health because of an (or several) event beyond their control, that will place that child back on the trajectory of typical development. Through dedicated, thoughtful, planned caregiving that is balanced in nurture and structure, and targeted to each of the domains impacted by the adversity. TBRI teaches specifically and concretely, how to be the caregiver that child needs to become a healthy adult and stop the cycle of adversity.

View all posts by connectedtreasures

Connection Changes Everything... Let's do it! Cancel reply

This site uses Akismet to reduce spam. Learn how your comment data is processed.